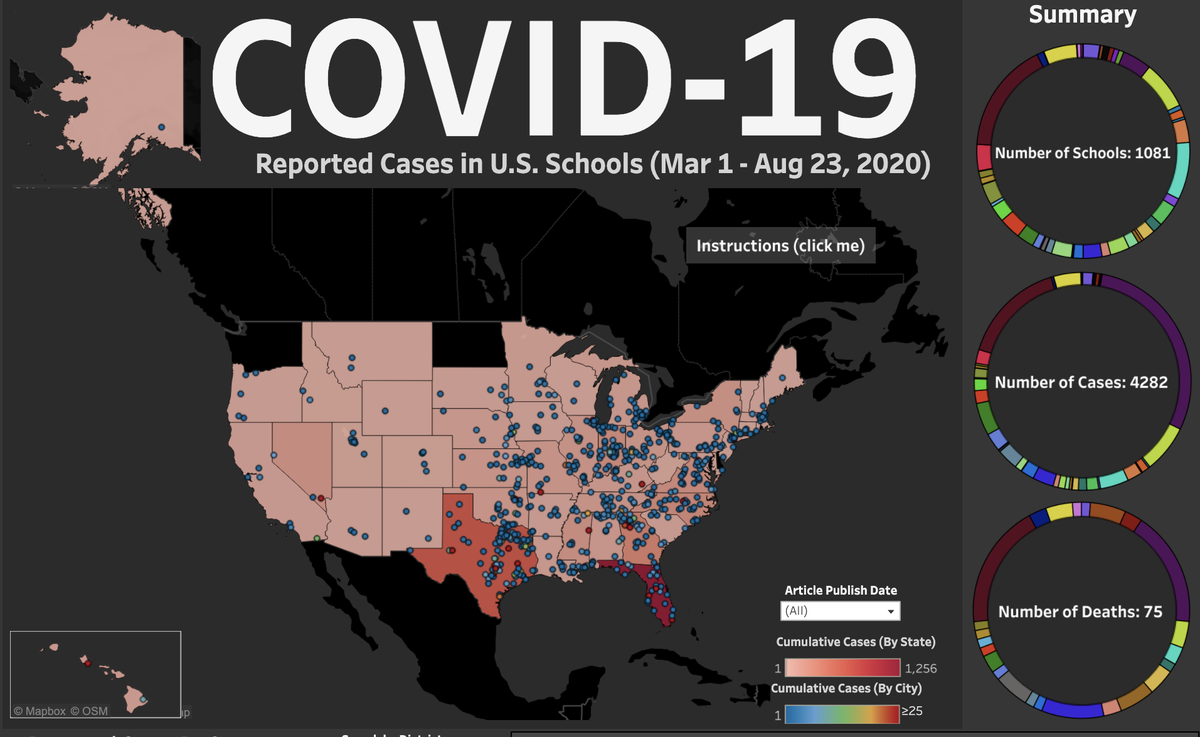 Looking for a snapshot of coronavirus outbreaks in U.S. schools? The National Education Association has just launched a tracker of cases in public K-12 schools.

The tracker is broken down by state, and shows schools and counties with known cases, suspected cases and deaths, as well as whether those infected were students or staff. It also includes links to the local news reports so users know where the virus data comes from.

The NEA tracker builds on the volunteer efforts of a Kansas theater teacher Alisha Morris. In early August, just ahead of the new school year, Morris was looking for data about coronavirus cases in U.S. schools. She could find local news reports about positive cases at individual schools around the country but nothing that gave her a cohesive picture of how the virus was spreading in schools.

So Morris built it herself.

She started with a simple Internet search.

“I put in the words ‘school, positive’ ” she tells NPR’s Morning Edition. “I clicked on the news tab and would search the articles from the past week or the past 24 hours and then I would input those articles into my spreadsheet.” 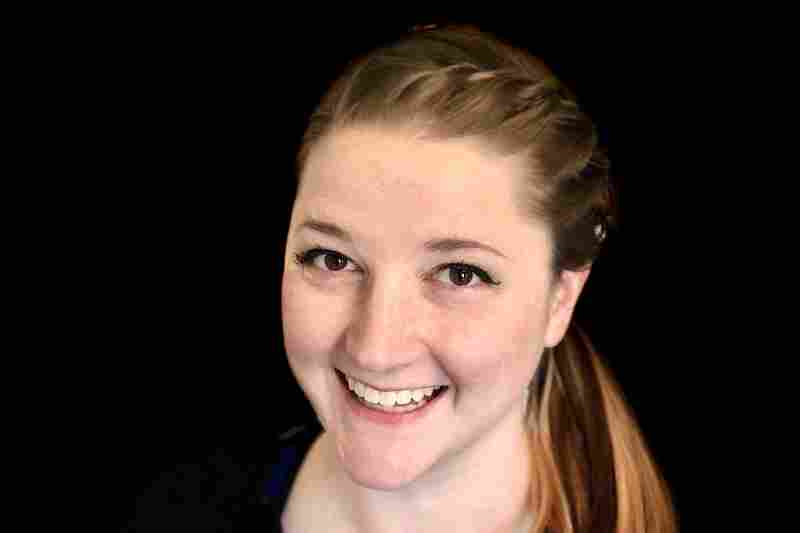 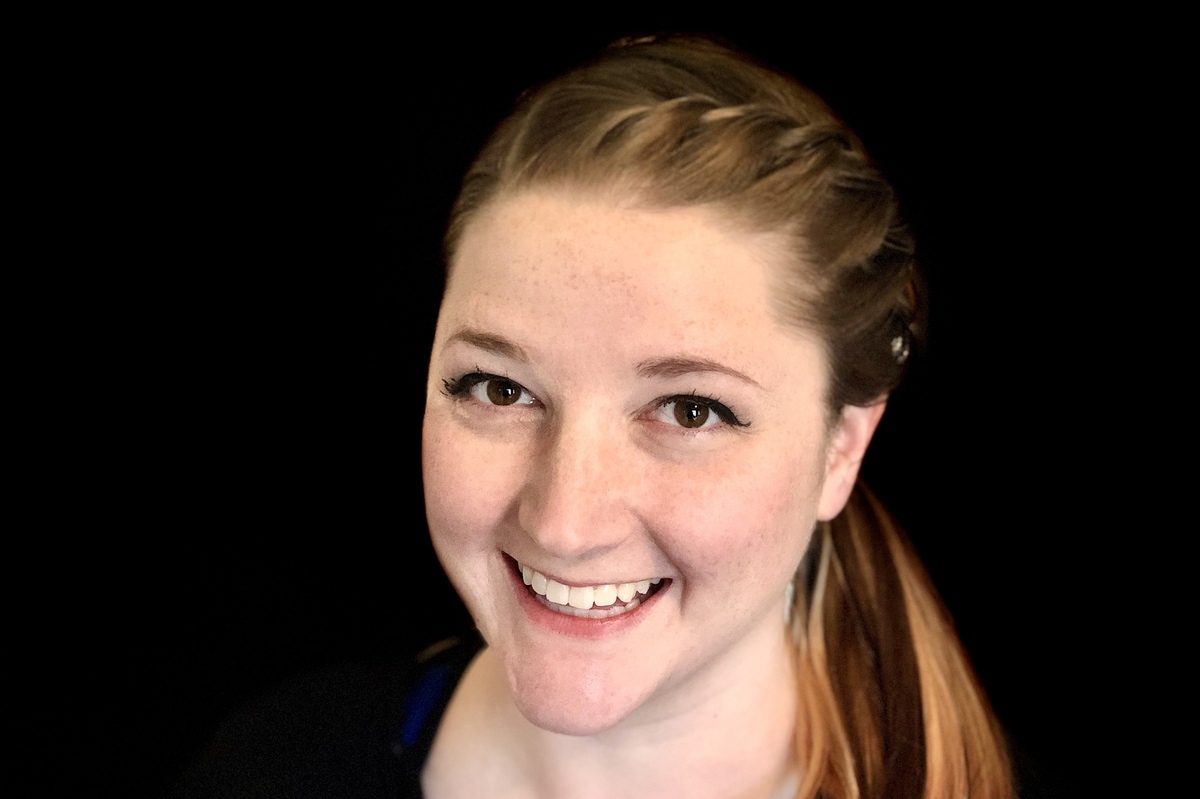 Morris started building a database on August 6. She looked for news reports going back to July 1, since some schools had already begun holding practices for fall sports or opening for administrative activities.

Even with schools in only a few states back in session by early August, she had no trouble finding reports of coronavirus cases. Morris quickly logged cases at over 700 schools.

“I started feeling sort of shocked by what I was seeing and how many cases were already popping up in opening schools,” she says. “That’s when I decided that I should share it with some personal colleagues in Kansas and my district board of education. And their reactions are what really prompted me to share it on a wider scale with other teachers in the country.”

By Aug. 23 when she handed off the project to NEA, she and volunteers working with her had logged over nearly 4,300 cases at more than 1,000 schools, which can be seen on the map above, created by one of the project volunteers.

According to the data she has collected, as of Aug. 23, Florida schools have seen the most cases, followed by Texas and Georgia. (The NEA is in the process of moving Morris’ data to its tracker and is still a work in progress.)

Teachers began sharing Morris’ database online. Soon, Morris started receiving submissions from viewers of the spreadsheet about cases she had missed. But she had to find a way to verify them: “I initially started with only putting information in that had to link with a local news article and the local news article was reporting from the quotes from the superintendent stating these certain things or similar things.”

As she began to receive more submissions, Morris had to adapt her fact-checking process.

“People were actually submitting their own personal anecdotes about cases that hadn’t been covered by the news,” she says.

These submissions were sometimes screenshots of social media posts or parent emails sent by school administrators, which Morris believes are credible. She decided to create a dedicated section of the database for these kinds of reports, which she calls “unverified.”

Morris and a small group of volunteers search for more information about those cases.

“We’re still working on researching those unverified cases to see if articles pop up about them. But in the meantime, I’ve encouraged people to contact their local news outlets so that they can do some investigative journalism and see if they can find any affirmation that these cases were actually happening,” she says.

And Morris believes that these unverified cases are an important piece of the puzzle.

“I absolutely get the suspicion based on the anecdotes that people have sent me, [that] there have been tons of schools that have been purposely trying to keep this on the down-low,” she says.

She understands that schools are very worried about privacy, but, she says, “it does sort of create a bit of suspicion in the transparency. They will tell the close contacts and maybe the staff, but then they won’t publicize it any further than that.”

Finding a way to integrate these data into the project will give a better picture of how many elementary, middle and high schools are dealing with coronavirus outbreaks in the U.S.

Morris says she’s relieved the NEA took note of the project and is hosting it. It’s been hard keeping up with the cases, she says, and the NEA “has a team ready to go to keep the information up to date and to continue the community-driven efforts in order to get these cases logged.”