Insomnia has become even more common, sleep specialists say, with the rise of “collective social anxiety.” 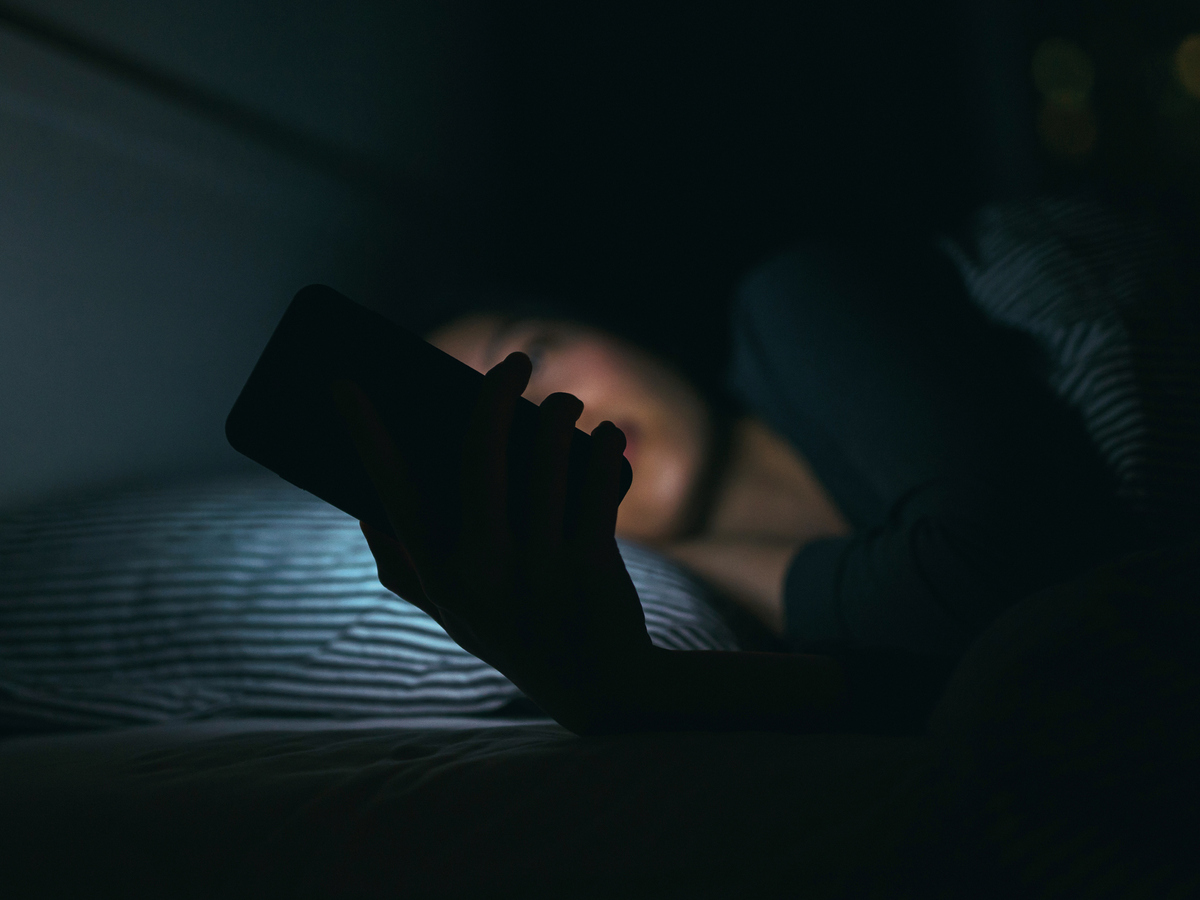 Insomnia has become even more common, sleep specialists say, with the rise of “collective social anxiety.”

Having trouble getting to sleep these days? You’re not alone. For people with a history of insomnia, sleep problems are magnified right now. And many who never struggled before are suddenly experiencing interruptions in their nightly rest or difficulty falling asleep.

It’s pretty typical that in moments of anxiety, sleep suffers, but the situation we’re all living through today means the anxiety never stops, says neurologist and sleep specialist Dr. Douglas Kirsch, past president of the American Academy of Sleep Medicine.

For occasional insomnia, the problems go away when the specific trigger is resolved. But now, he says, there’s no resolution or relief from “the constant inflow of anxiety-provoking news.” And that spells trouble for sleep.

Family doctors and sleep specialists say many people who are feeling grief, frustration and anxiety, whether about the pandemic, financial worries or racial inequalities and unrest in the U.S., are finding themselves unable to sleep. And it’s not just the worry. It’s the interrupted schedules and isolation of the pandemic too.

Here’s why it’s not all in your head and what they say you can do about it.

Before the pandemic, Arlene Rentas, a busy currency trader in Charlotte, N.C., kept a regular schedule and slept like clockwork. She would awaken at 5:30 in the morning and be out the door by 7 a.m., home by 8 p.m. and, after a quick run, in bed around 10 p.m.

“I would sleep rather deep, rather well,” she says. Not so anymore. “Now, I probably get up every two hours, and it’s very hard for me to fall back asleep,” she says.

Dr. Gary LeRoy, a family physician in Dayton, Ohio, and president of the American Academy of Family Physicians, says he’s hearing from a lot of patients about the worries that keep them from sleeping: having to shelter in place, losing a job or financial struggles.

And, he says, general uncertainty about the future fuels insomnia.

“There is a kind of collective social anxiety about what they don’t know about coronavirus, and so people are staying up, watching the news, talking with family and friends about it,” he says.

And, he says, information is “changing by the week or day or even hour. I think that’s what’s causing some element of agitated depression.”

Sleep problems can be a symptom of depression, says LeRoy. He cautions that if mood problems are consistently disrupting your life, you might do well to seek professional help. “People may just feel fatigue and tired all the time, or angry all the time, and sometimes those are signs and symptoms of major depression or major anxiety-related conditions,” he says.

Finding a therapist right now may feel daunting, but many counselors are offering online appointments. And getting started can be easier than you might think.

For managing milder anxiety, psychologist Sonia Ancoli-Israel with the University of California, San Diego, who studies sleep and circadian rhythms, offers this preventive technique: Instead of trying to repress your instinct to worry, schedule it. She says it “sounds very silly, but it works!”

Here’s how to do it: Find 10 minutes during the day, not too close to bedtime. “Turn off your phone, don’t let anyone bother you and just sit and concentrate on all the things that you are worried and anxious about,” Ancoli-Israel says.

With daily practice, she says, the brain gets accustomed to compartmentalizing in this way — and gets used to relying on this “worry time.” If you awaken in the middle of the night and start ruminating, she says, “you can say, ‘Wait a minute — I have from 10 to 10:15 a.m. to do this tomorrow, and I don’t have to think about it now.’ “

For many people, says sleep specialist Kirsch, “exercise helps work off their stress and anxiety,” helping them to sleep better. But with sheltering in place and social distancing, a lot of us can’t go to places where we used to work out — for example, the gym, pool or even parks — so exercise regimes have been interrupted. Kirsch says he has had patients who really struggled to find a place to get any movement in.

“I think if you measured people’s step counts these days compared to where they were two or three months ago, I suspect those step counts are certainly down. I know mine is personally,” Kirsch says. He advises upping your step count, for instance by taking a few short walks in the day, like one in the morning and then one more after work, but before dinner.

And he says, there are some workarounds. For example, Kirsch says numerous exercise classes are now being streamed online, which can be fun and engaging. People can exercise at home with bands, weights, even a jump rope — anything to get the heart rate up.

“Whatever you can do to get the body moving will help lead to a better night’s sleep,” he says.

Another unfortunate consequence of sheltering at home is that many people’s schedules have been disrupted. This isn’t great news for sleep, says Kirsch, since the body “thrives best in routine.” If people no longer have to be at work at a certain time, they may stay up later and get up later, which can throw the body into a sort of sleep confusion. On top of that, some people may be “watching much more electronics or playing video games later in the night,” which can disturb circadian rhythms.

Kirsch’s advice: Try to get back to normal routines; go to bed and get up at the same time every day, even on weekends; and steer clear of electronic devices in the later evening.

He says that if your routine is trending really late, a key to readjusting it is to get up at the same time every morning, even if you did stay up late. This will be hard at first, but if you get tired enough, it can train your body to fall asleep earlier. “Your body likes to know when it’s going to go to sleep and get up, and that allows it to function optimally. When we change the schedule, that doesn’t allow sleep to occur in the same pattern,” and that can throw sleep off.

He also warns not to nap during the day, as that can lead you to stay up later.

“Set the stage for good sleep to occur”

If you’ve tried exercising, managing anxiety and resetting your schedule and you’re still waking up in the middle of the night, it’s time to make sure you’re following good sleep hygiene.

Number one, says Ancoli-Israel, it’s important to get out of bed if you’re not sleeping well. “You want to help your brain learn that the bed is for sleeping,” she says.

That means if you’re lying there, not falling asleep for more than about 20 minutes, she says, “the most important thing to do is get out of bed and leave the bedroom.” She says to go sit in a comfortable place in another room — she cautions that you should sit up, not lie down — and “do something that is relaxing and calming for you” until you get sleepy. That could be listening to audiobooks, reading or watching TV, as long as it’s not something so compelling that it’s “going to suck you in.”

During this period of relaxation, if you start feeling sleepy, that’s the time to return to bed and try to go to sleep. And if you start to get tense or anxious all over again and aren’t falling asleep, then “get out of bed again, and you keep doing this until you can get into bed and fall asleep.”

She says it doesn’t help to pressure yourself. “Don’t actively try to fall asleep. Set the stage for good sleep to occur,” she says.

Another way to calm down and get back to rest, Ancoli-Israel says, is a simple breathing technique.

“Start concentrating on your breathing. Take a deep breath, inhale and then exhale and count each breath,” she explains. “Now what often will happen is your mind is going to wander again, so you have to stop yourself and bring your mind back to thinking about your breathing and start counting from one again.”

You’ll likely have to repeat this a number of times, but eventually, she says, you’ll actually fall asleep while counting your breaths. Deep breathing is relaxing itself, but importantly, it can also help stop the mind from wandering.

5 days ago
Reopening Bars Is Easy. Schools Are Difficult.